As I have mentioned before, living here in inland So Cal, we are just as far from the world of television and movies as your average resident of, say, Iowa or Kansas. Except for very rare occasions, such as when we go to see the filming of a TV show, my family has no connection with the entertainment industry whatsoever.

So, imagine our surprise when a reality TV show contacted Hubby’s laboratory and asked if they could do some testing for an upcoming episode for a reboot of an old series. Really? (Check calendar – note it is not April Fool’s Day.) Hubby and his partner own an air testing laboratory and these folks needed some air tested. What the heck. Hubby and partner said they would do it.

The air has been tested, and tomorrow Hubby and partner go off to be filmed “delivering” the results and doing a little on-film explaining about the testing methods used. Hubby says the TV folks seem a little more interested in the partner being on TV (I think Hubby came across as more serious, but who knows)  but we are still making him get a hair cut and Eldest Daughter said she would be selecting the shirt she wants him to wear.  We look forward to the show being aired in the summer or fall.

When I get more details I will tell you all about the show and the “air” that was tested, when the show will be airing and on what channel, etc….Meanwhile, who knows, maybe this is the face of the next reality star! LOL! 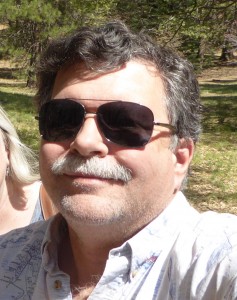 « What Truly Unites Us Someone Got Funky with the Cat Grass »